Kay and I have come back from a wonderful extended weekend break  last week in Prague, the capital of the Czech Republic. It excelled all my expectations, although I almost didn't get home again (that is another story for another post to appear soon). 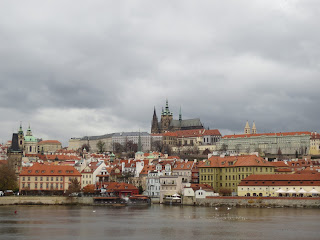 I knew a little about Prague......that it had been under Nazi occupation during the Second World War; that it had been under the Communist thumb for over 40 years after the war; and that it had been enjoying its freedom for the last 30 years. We arrived very late last Thursday evening to very cold temperatures and checked into our wonderful hotel near the famous Charles Bridge. I woke up the next morning on my birthday to explore the delights the city had to offer. We started with an excellent 4-hour walking tour learning all about the history and seeing the main sights.

We retraced some of our steps in the afternoon, seeing the Jewish quarter first. The poor old Jews seem to be persecuted wherever they go and Prague was no exception. Over the centuries they were confined to one small area of Prague and not allowed to be buried anywhere else except in one tiny cemetery. Over the centuries, the plots were used up, so they put another layer of coffins over that, and another, until to date there are approximately 16 layers housing 200,000 graves. The gravestones are in disrepair and falling over one another like jagged teeth. It was amazing yet sad to see.
We also vised the oldest synagogue in Europe -the Old-New Synagogue


The Charles Bridge near our hotel was an experience in itself. Pedestrianised, it links the main old town on one side with the castle and cathedral of St Vitus on the other.


Statues of saints line the bridge and it is also littered with jewellery stalls, artists and musicians. A walk over the bridge to the other side of the river brought us to the castle where we saw the changing of the guard and the stunning St Vitus Cathedral with its brightly coloured stained glass windows. 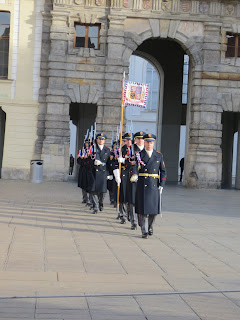 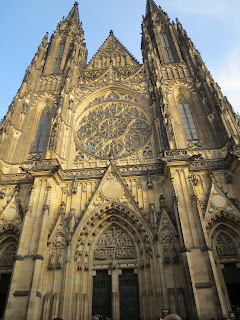 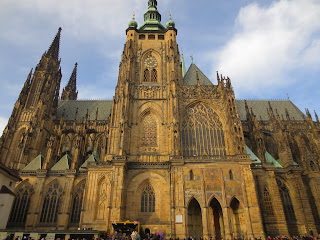 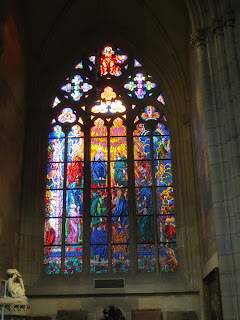 Over on that far bank is also the Lennon Wall (not to be confused with Lenin) presumably as part of the Czech's hope for peace and love, after the austerity of communism, as well as to recoup their lost generation of 1960s music banned by communism. 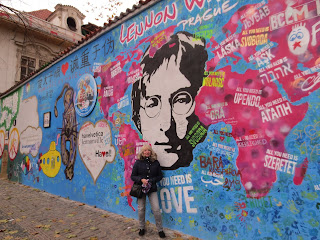 The old town was a delight. The architecture was amazing - not a single building looked run-down, but all were brightly painted and decorated.  There were far too many to photograph but here are but a few... 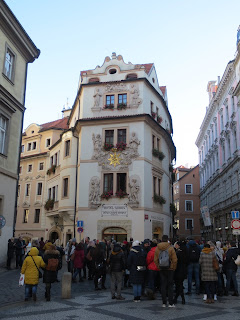 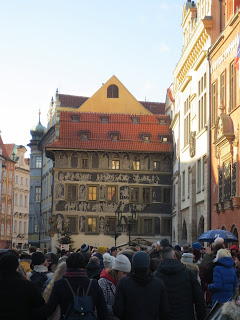 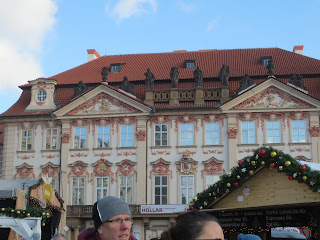 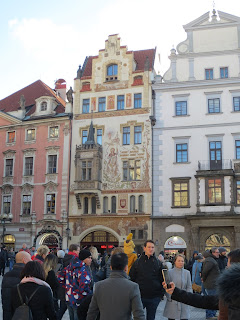 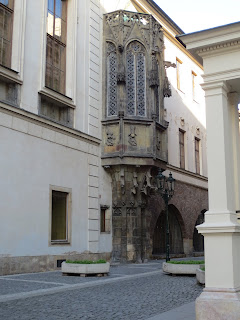 The mechanical clock in Old Town Square was a delight to watch on the hour, having been putting on shows since 1490. 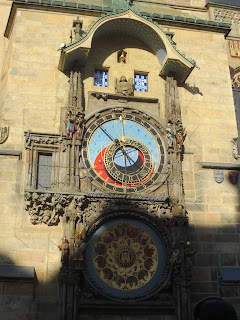 The best bit for me was the Church of Our Lady before Tyn  in the centre of town which was used as a model for the Wicked Witch's castle in The Sleeping Beauty. It was floodlit at night, which made it look very magical, and to my eyes was really beautiful, although, as it is Gothic, it is not to everyone's taste. 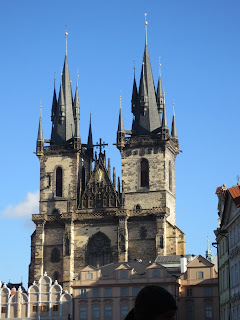 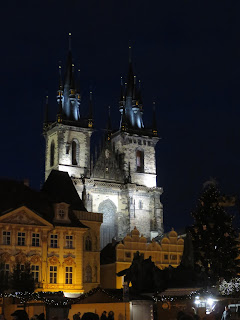 On our second day, the Christmas market was officially opened which drew in large crowds ad the tempting smells of sausages, waffles, mulled wine and much more. 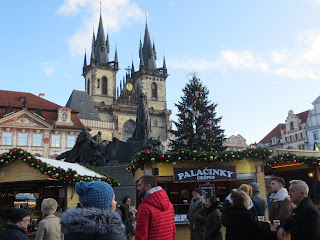 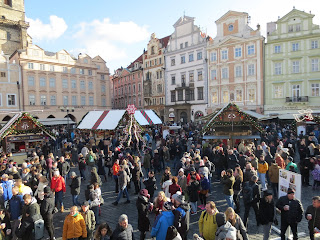 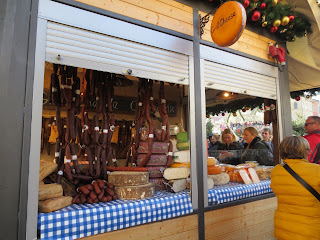 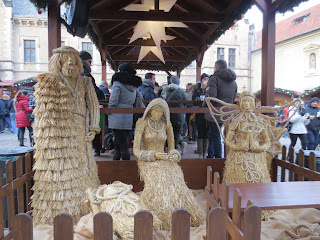 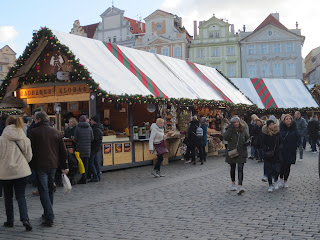 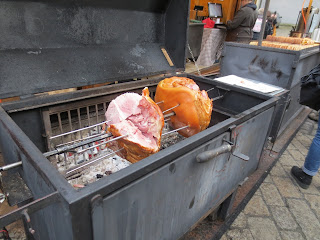 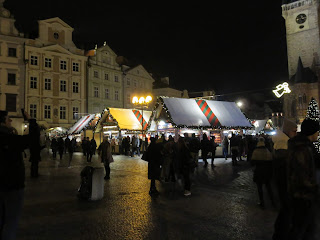 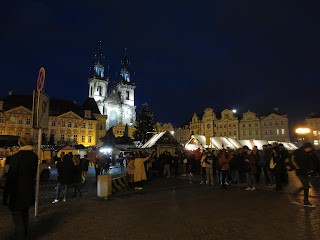 We visited the Communist Museum on our last day and it was two hours well spent experiencing what it was like to live daily under Communism, the heroes who defied it and the fate and torture they met, if they rebelled.

All in all, it was a wonderful break in a beautiful city and got me in the mood for Christmas, but our return flight was to be something else. More of that later...... 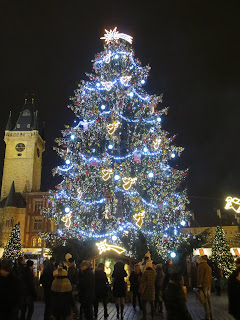 what an interesting read. Looks like a good time of year to go.

Oh dear! I am already looking forward to your tale about the journey home! It's nice that you were able to get away with Kay once again and Prague does indeed look like a city that is worth visiting.

Loved the way you described the trip, and all those gorgeous pictures! When I was in Germany last year, the goal was to get to Prague, but ended up in Colonge instead, which was a beautiful city to visit as well. I've had a few friends say Prague is a wonderful place to visit, and your post just proves I need to visit one day. Thank you for sharing. Lia