How time marches on. It's a year since Snoopy died. I cannot believe a whole year has passed.  I still miss him like mad. If truth be told, I was more upset at his passing than that of Greg's. I guess because Greg in his last year or two was so difficult to deal with, whereas Snoopy was a loyal, loving being right up to his last breath. People keep asking when I am going to get another dog, but for now I don't feel I could, as it would seem disloyal to him. He was such a wonderful dog. He is irreplaceable. 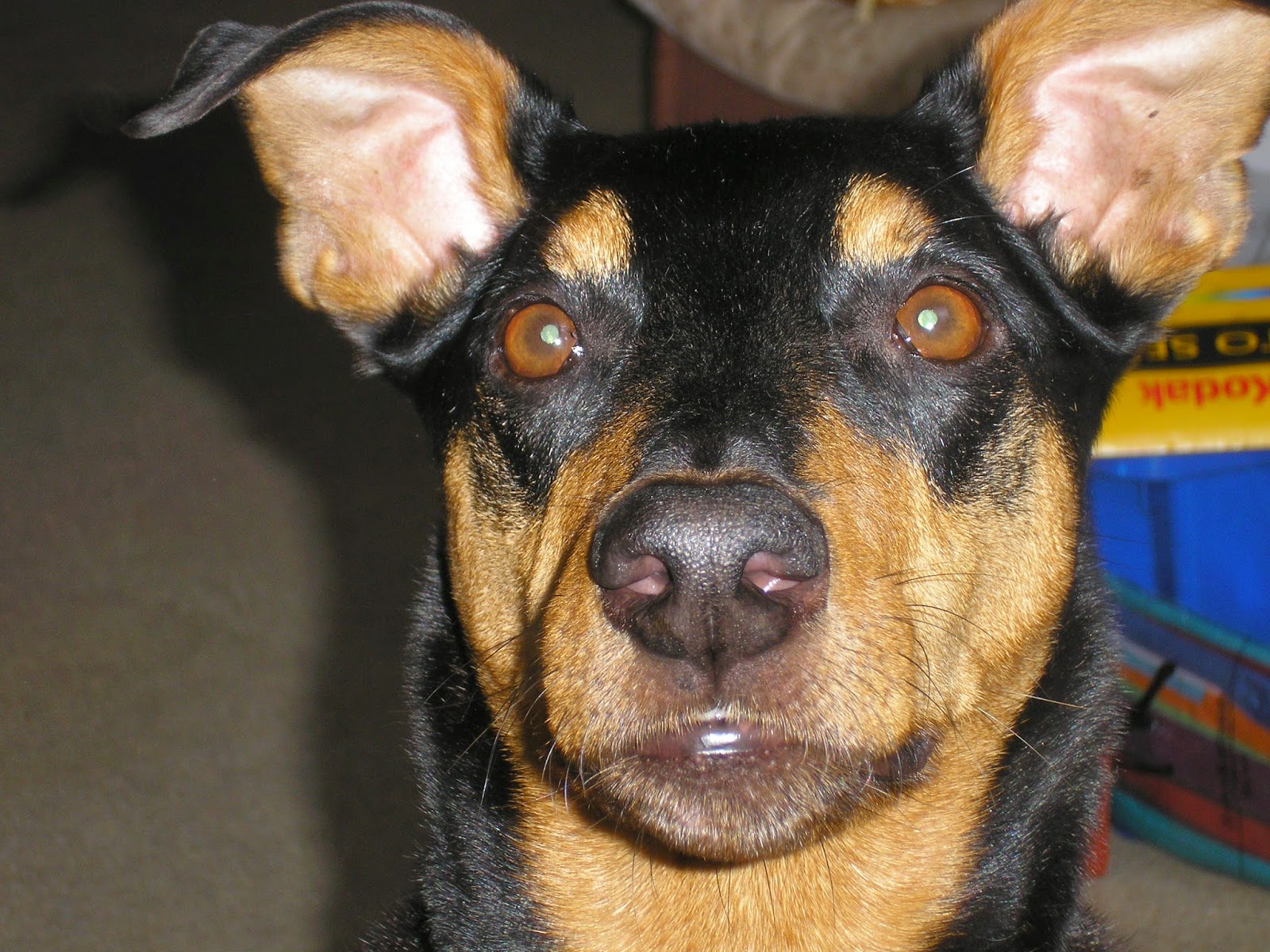 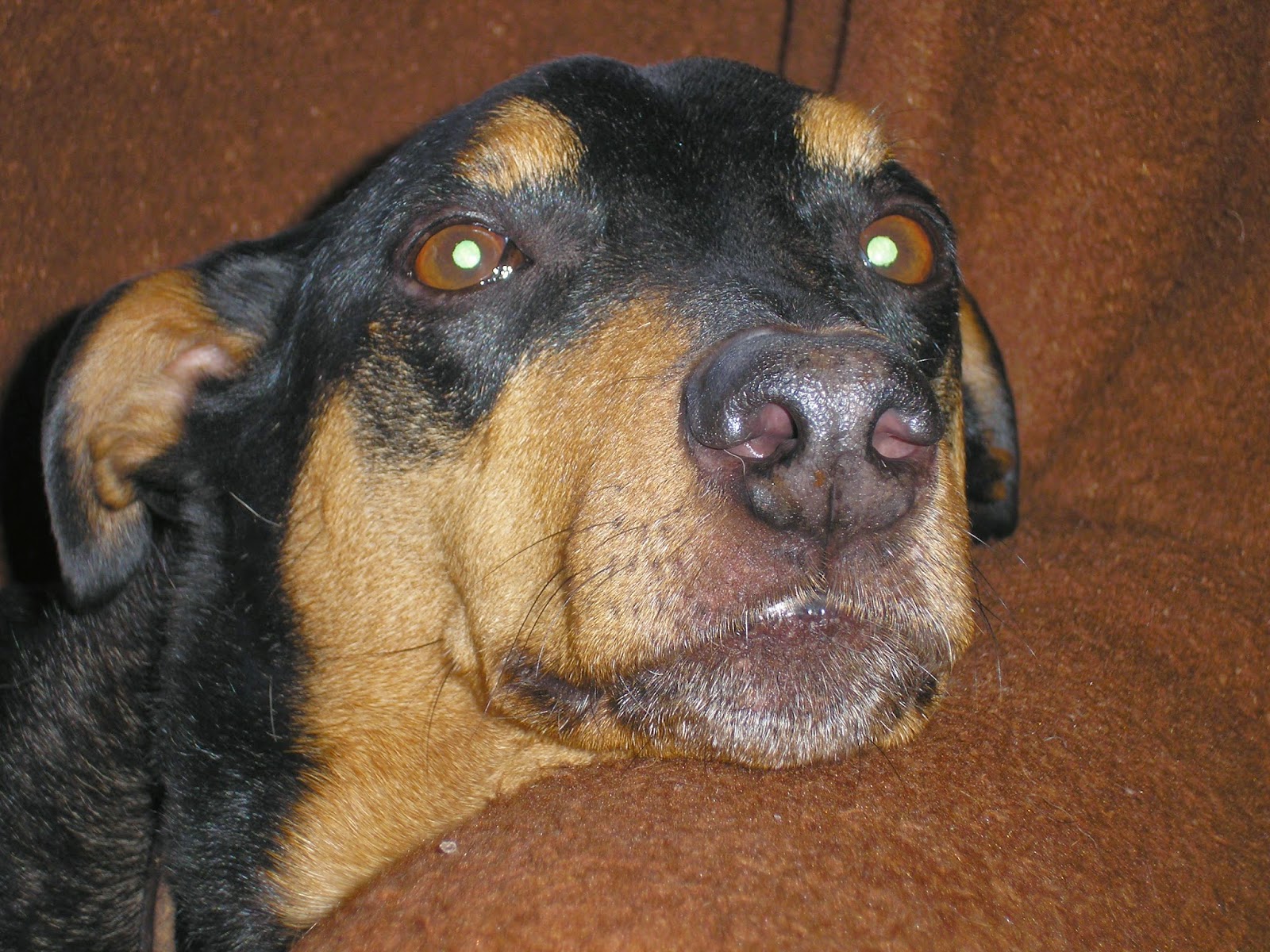 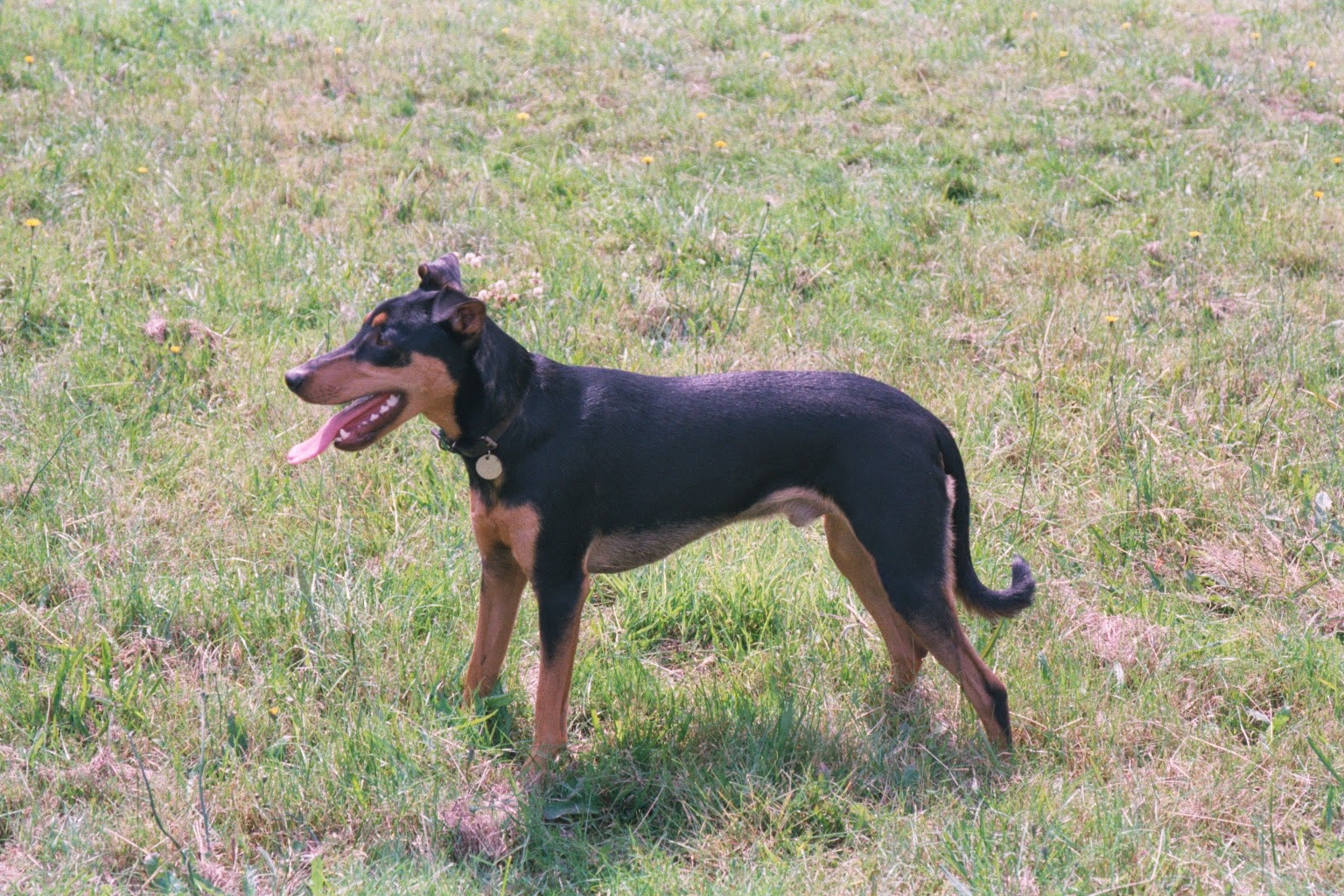 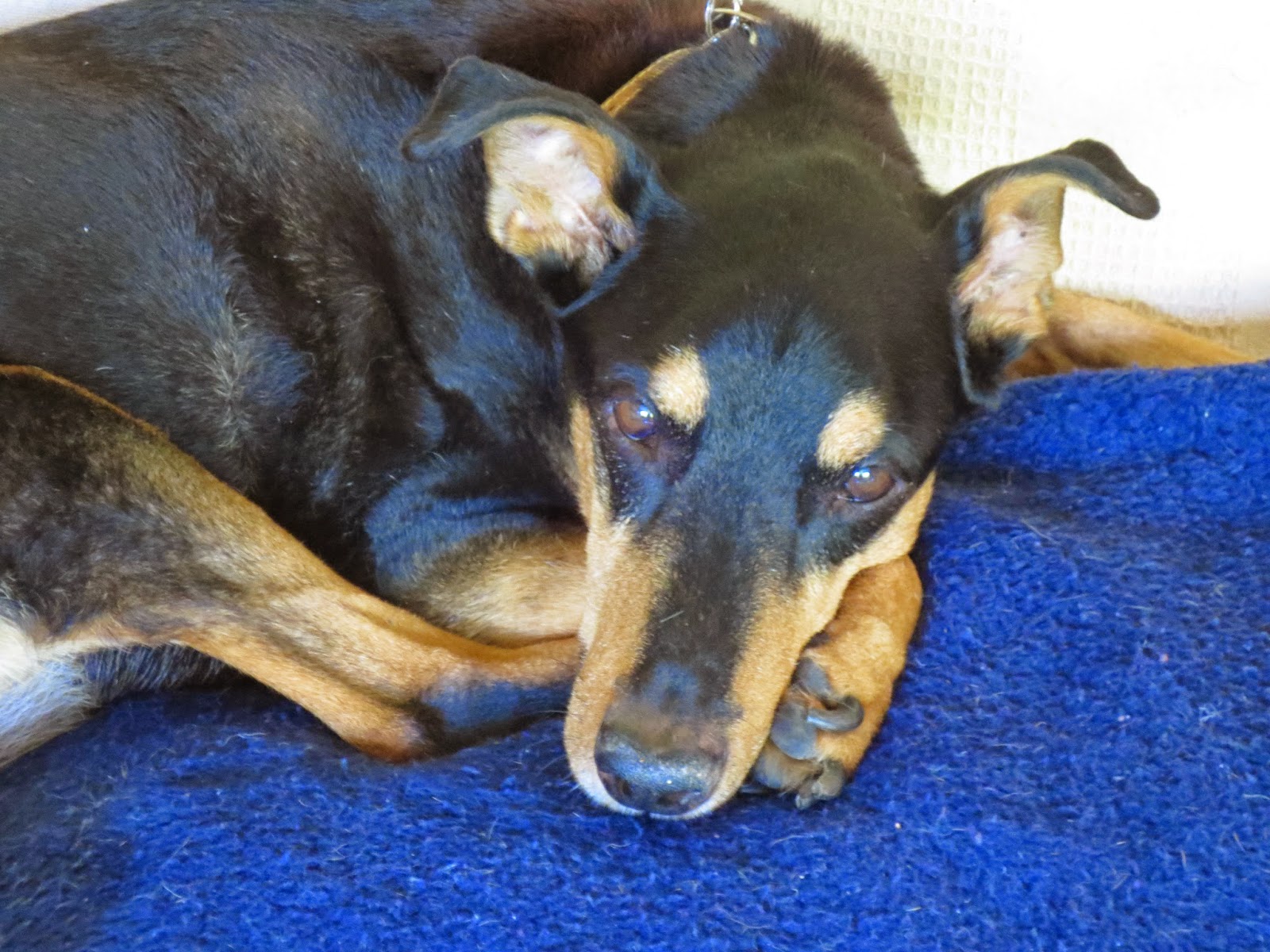 Day at The Tower

A very good friend/relation on Greg's side of the family contacted me a few weeks ago to say she was coming down to London from Scotland and could we meet up. We agreed to meet yesterday, long before my mother had her fall and broke her knee, so I was not sure whether I would be able to keep to the agreement. However, my mother is managing OK to get from her bed to to the ensuite with the help of a zimmer and urged me to have a day off for a change.  I made sure she was stocked up with a year's day's supply of sandwiches, yoghurt and drink in a coolbag and set off on my journey to The Tower! Both my friend and I wanted to see the poppy display there.

I knew it was going to be crowded before I left the tube station, as hoards of pensioners were disembarking from the train with me and surging up the stairs to the exit. Having met my friend, this was the sight that greeted us as we emerged at the Tower.

I managed to push my way to the barrier to get one half-decent photo, but had to take it quickly as thousands were waiting to swap places with me. 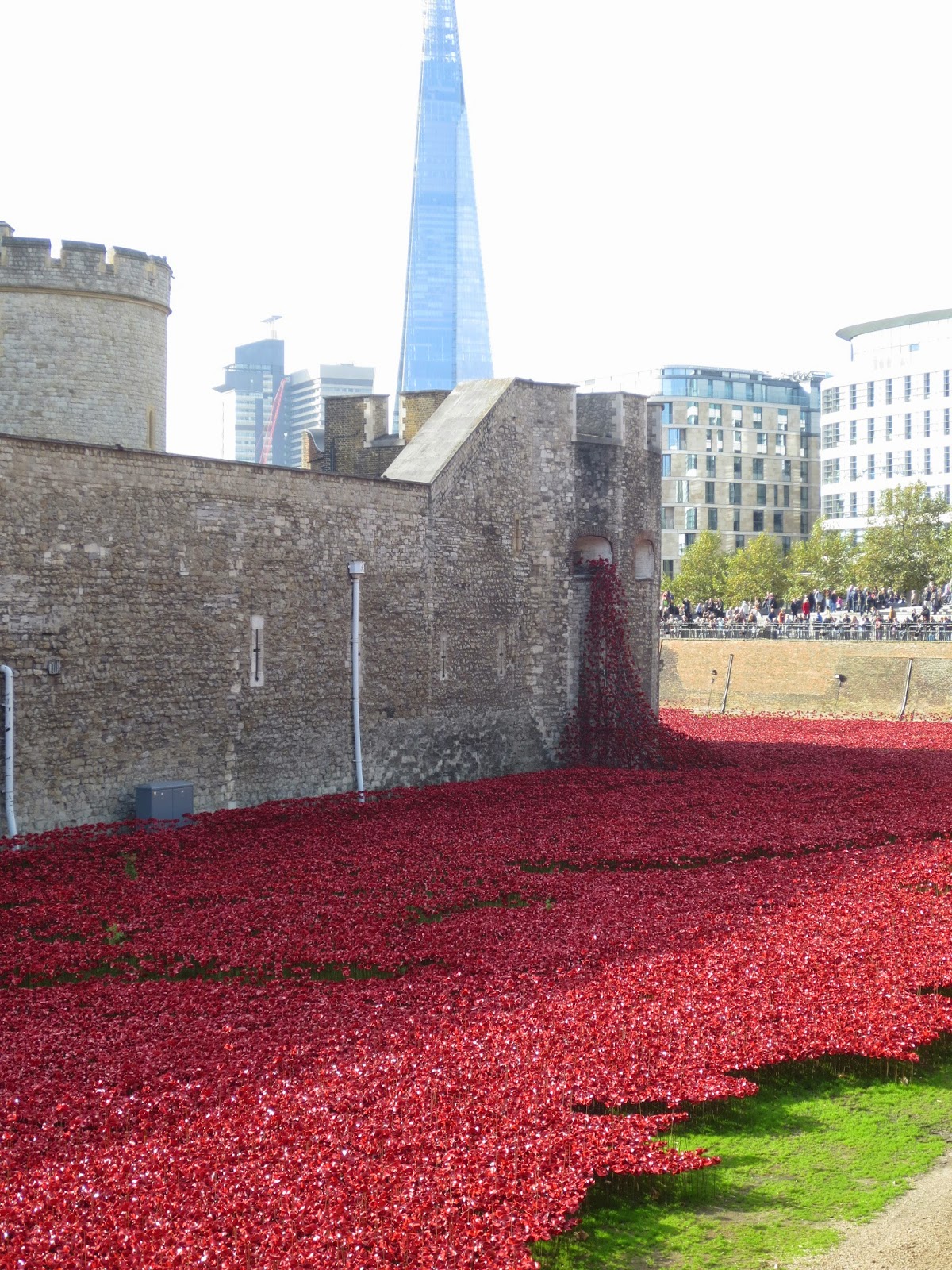 I managed to get a few more shots.... 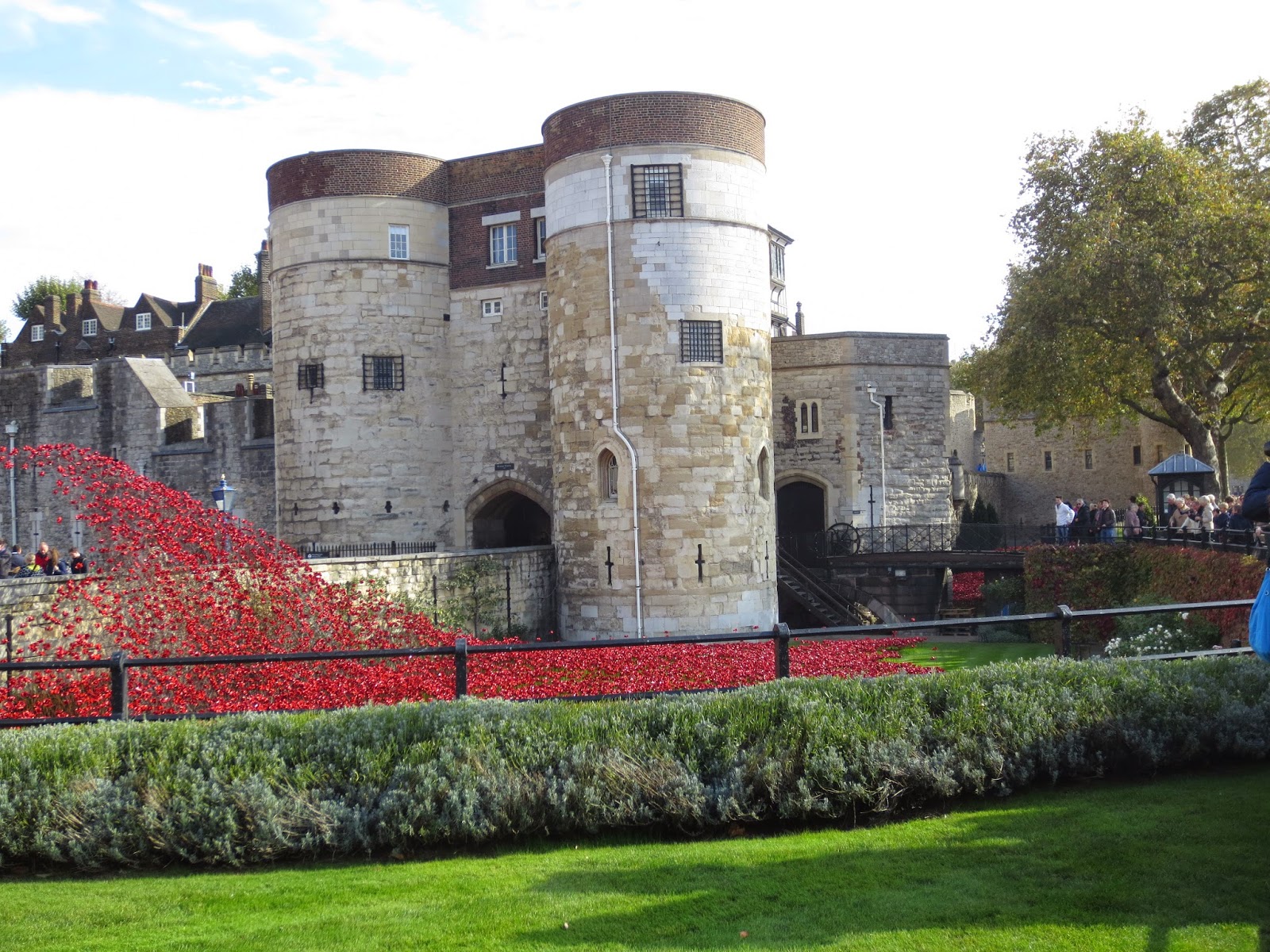 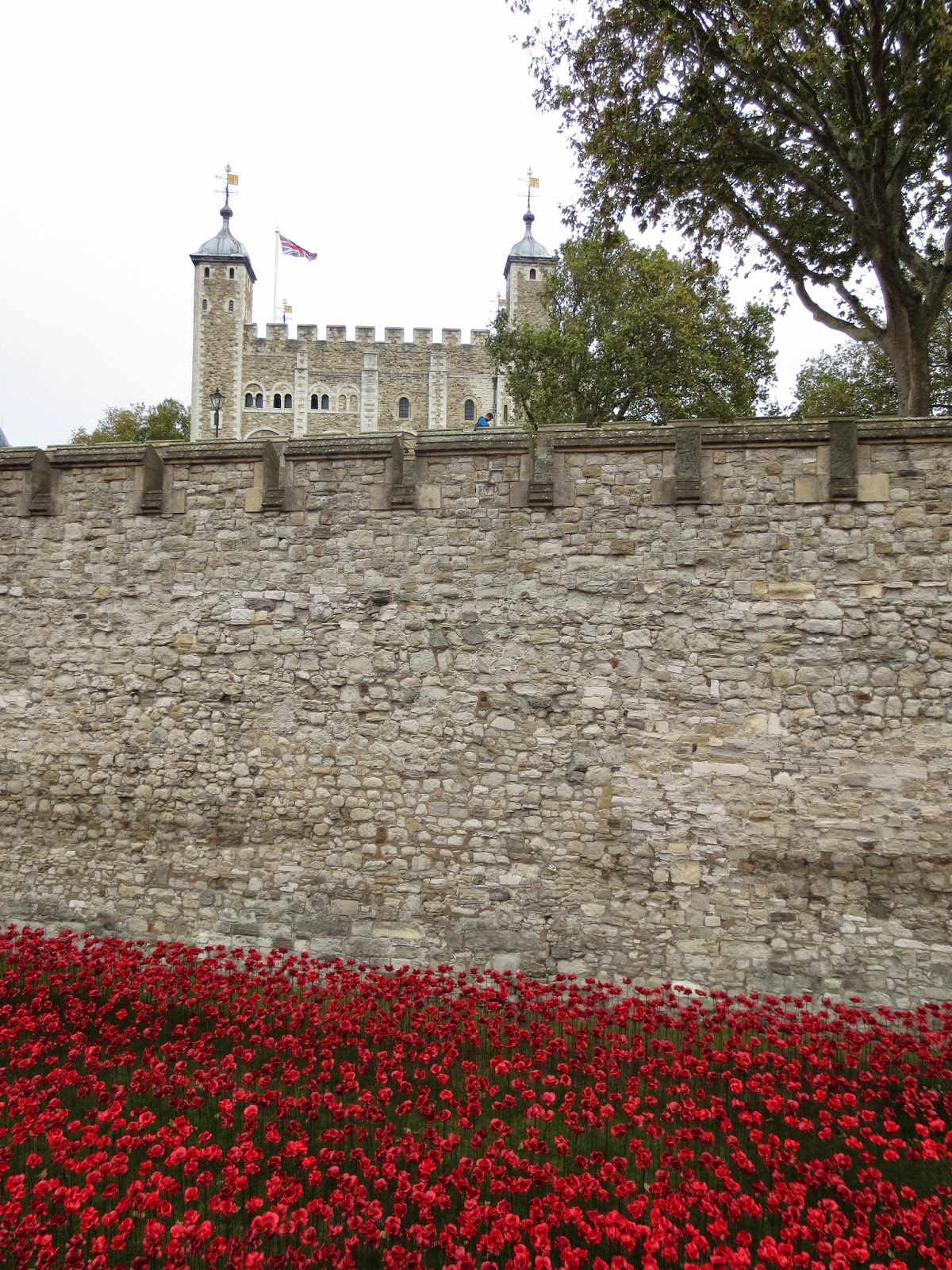 As always when I am at The Tower, I always love to go along the river a a few steps further and wander around St Catherine's Dock.

This time, we stumbled upon Gloriana, the royal barge commissioned as a tribute to the Queen for her Diamond Jubilee Pageant.

We had a late lunch at the Dicken's Inn (in the background of the last picture), an atmospheric old place that always summons up visions of Bill Sykes kicking Nancy out of the way as he enjoys a pint. It was beautiful weather too so a much needed recharge to my batteries. 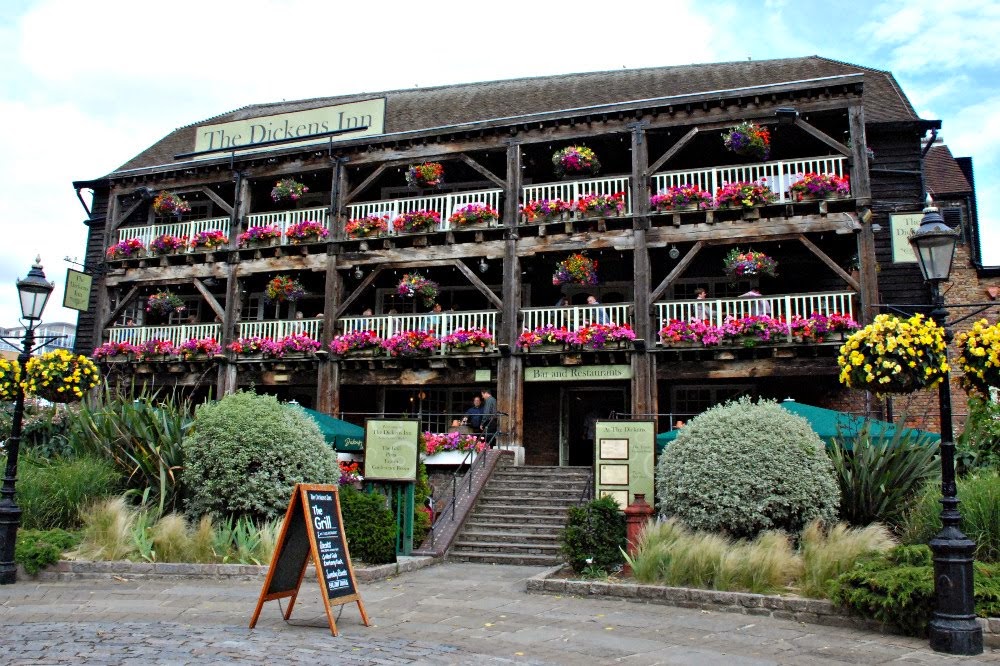 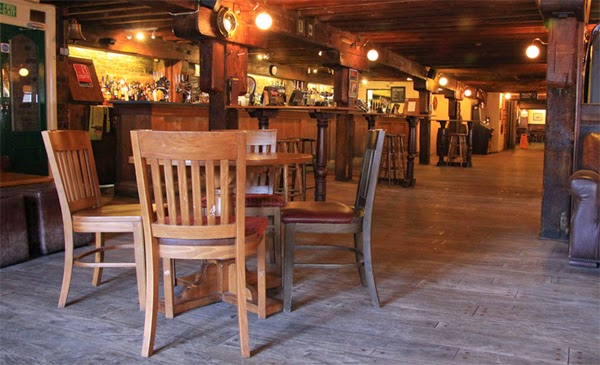 Why did I never notice I had so many stairs in my house before?  Forty to be precise. Five flights of 8 stairs between my six levels. To remind those of you who can be bothered, my house looks like this in cross-section with the staircase going through the middle vertical connecting the six levels: 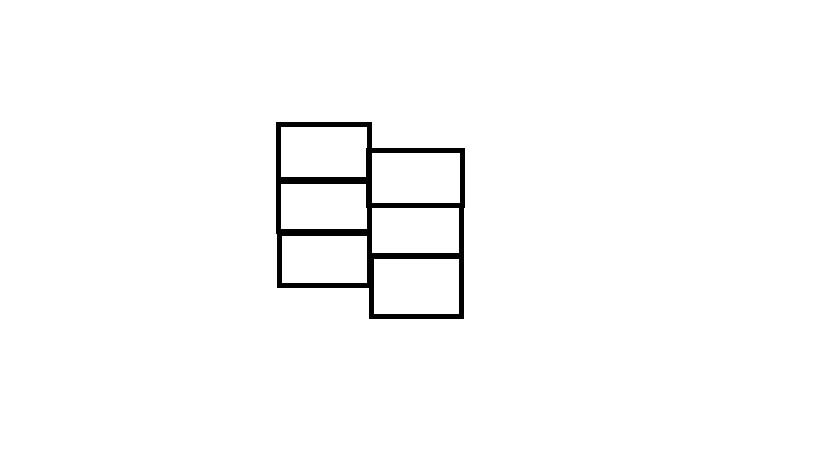 I try to describe my house to strangers over the phone. It has six levels - well not from the outside of course, but from the inside. I tried explaining it to the house insurance company when I had the roof leak. I've tried explaining it to the social workers who are responsible for my mother while she stays with me following her recent hospital stay. They think I live in some quirky lighthouse in the middle of the sea of London. A room on every level with a staircase up or down to somewhere else. Sometimes, I feel like Rapunzel looking down from the window at the top. 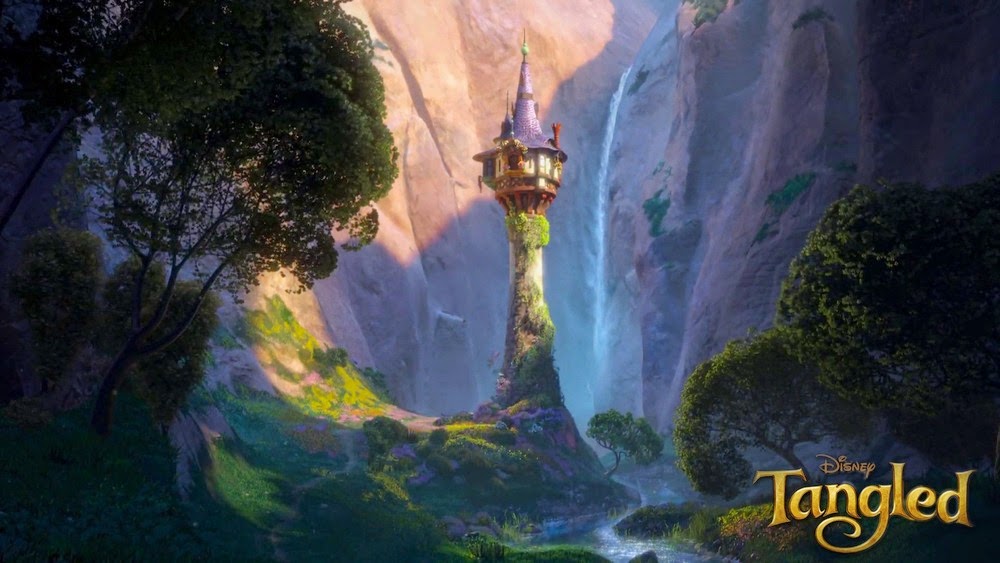 Because my elderly mum has broken her knee, because she cannot stand or walk very well, because she has a brace strapped over her leg to keep it straight, because she cannot cope yet living on her own, despite the hospital in their wisdom abruptly chucking her out after only a week in their care, she has moved in with me - on level 4.  She has sole occupation of my bedroom and my ensuite. I have been banished to the bedroom on level 5. The kitchen is on level 1. The front door on level 2. So many stairs inbetween. So many cups of tea, coffee and meals for the patient.  Delivering post, newspapers and medicine to the sickbed. Entertaining social workers and agency carers about needs and finances and long-term plans. Up, down, up, down... I'm cream-crackered and then still have to climb from the kitchen to my bedroom (32 stairs) to fall into bed at night.

Yesterday there was an appointment (the first time her knee has been addressed since the fall) at the fracture clinic. The hospital had laid on ambulance transport to take her there and back. I was not allowed on board so had to drive separately to attend the appointment with her. Afterwards, when I got home, I waited for the ambulance to return with her. Some two hours later Mum returned in an ambulance with a young girl pushing her in a wheelchair to the front door. On opening the front door (level 2), I pointed out that there were two flights of stairs to the patient's bedroom on level 4. The girl's face dropped. She was all on her own. My mum bravely suggested she try to climb the 16 stairs and so she did, albeit every step taking about 30 seconds to climb. So much for resting the knee straight, as the doctor ordered! Who sends a patient with a broken leg home from the fracture clinic in an ambulance with only one paramedic to drive and get them back into their home?

Anyone know of any bungalows for sale?

A nice break in more than one sense

I spent a few days last week in Eastbourne. It was meant to be a treat for my dear 91-year-old Mum who used to live there until I wrenched her out of her lovely big house and moved her to a small retirement flat near me in London last October. We wanted to see old friends, visit old haunts and take in some sea air to see us through the winter. Mum hasn't had a holiday in ten years, so was really looking forward to it.

The first few days were lovely and on the very first morning I even managed a brisk walk along the promenade at 7am before the dogwalkers and joggers got out.............. 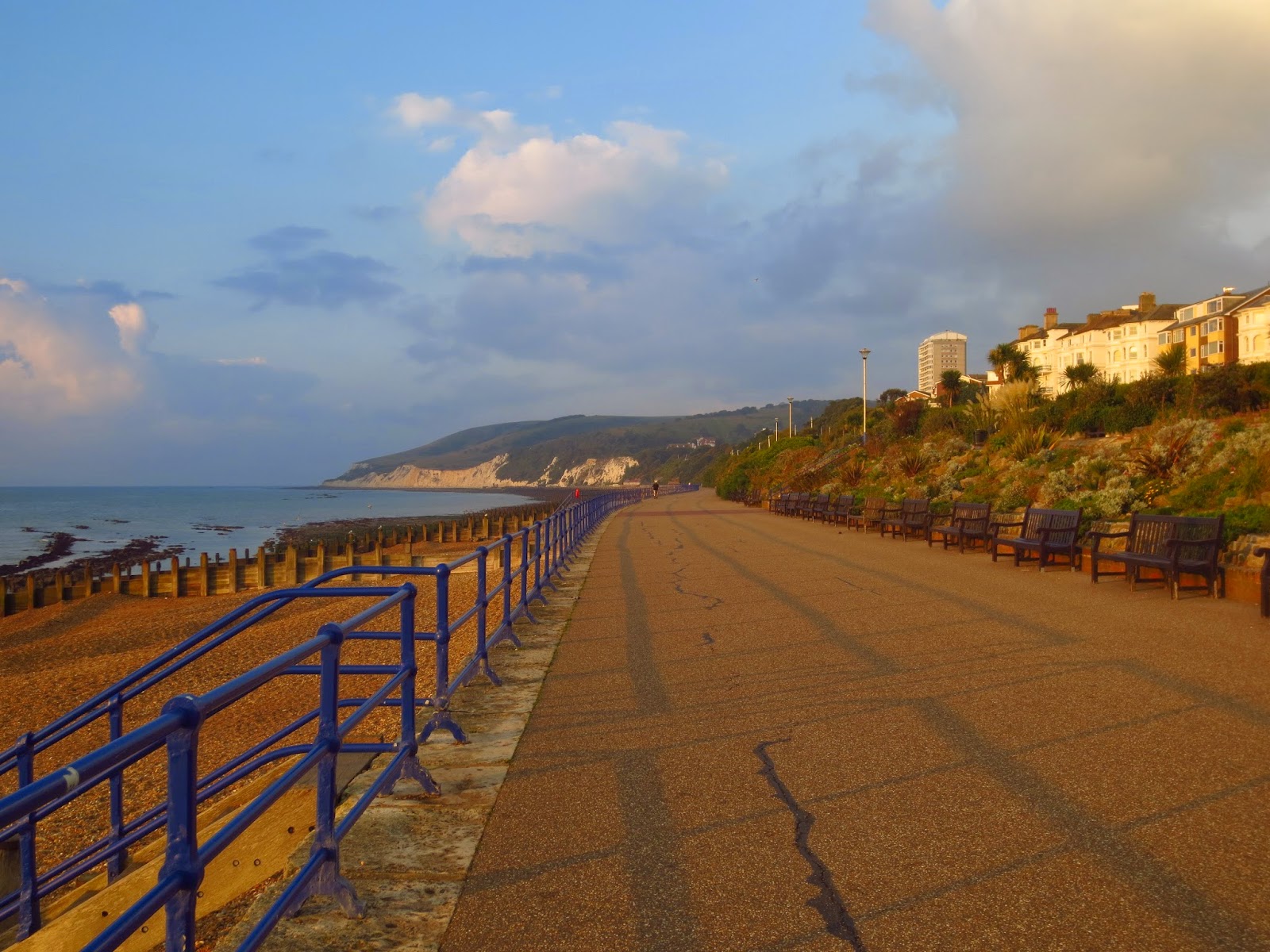 until my mother fell up some stairs at the hotel (she was sober, honestly!) and fractured her kneecap. We spent the last day of our four-day holiday here.......... 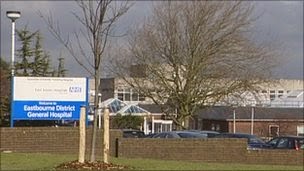 Mum was transferred by ambulance up to a London hospital on Thursday evening (where she still remains) and I followed on the next day by car with all our belongings. Not quite the visit to old haunts nor the kind of break we were expecting!