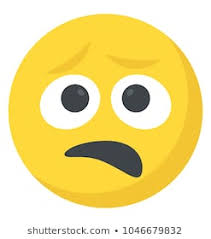 The one clear thing to come out of this covid pandemic is that it is baffling. To be sure I had chosen the right word, I looked up " to baffle". The answer was, as I thought.
to totally bewilder or perplex.
Similar:
perplex
puzzle
bewilder
mystify
bemuse
confuse

The virus is indeed perplexing We still don't have a full handle on how it spreads, mutates, damages, stays away and for how long.

It is puzzling because it differs so much from one person to another. Some don't even get symptoms yet have antibodies. Some get a cough, some don't. Some just lose sense of smell. Some die. Some don't.

It is bewildering, because guidelines keep changing and sometimes from one week to the next, so you can never be 100% certain you are following the correct path. If you cross a border from England to Scotland or from Wales to Northern Ireland, the guidelines can change in a second. Why can't we all in the United Kingdom be doing the same thing to avoid confusion, another definition of baffle.

It is certainly bemusing, the way the guidelines change from day to day and week to week. Stay home to avoid people, but go out to exercise. Work from home, but go to work, then try to work from home. Wear a mask, but don't because masks don't really work. Don't meet in groups of more than six, but go to a pub and mix with many more. Frequent pubs but not after 10pm. One thing we have learned is that the virus must like a late night and does damage after 10pm. It lurks behind bushes waiting for a 7th person to join a group of six. It doesn't like soap. It hates the long jump of 2 metres. It doesn't like bubbles or alcohol (note to self - to buy some champagne as a safe deterrent).

In all seriousness, a second full lockdown could do so much damage economically, let alone cause more deaths from other causes and the rise of mental health issues. The cure could be worse than the disease. I know our government has been heavily criticised for the way they have handled things, but I doubt any other government would have got it right either.  Covid-19 is truly baffling and may baffle us for some time to come.

Boris' rousing speech to the nation last night made the same point over and over. It's a delicate balance between stopping the virus spreading out of hand and still allowing us some freedom before we all go bonkers. It's not ideal, it has its flaws, but it is a compromise.  We shouldn't need to go into full lockdown if everyone did their bit, stopped being selfish and not seeing beyond their own noses. The non-believing "there is no virus, it's all a conspiracy to boost the pharmaceutical industry" brigade should also stop knitting yogurt, moon-gazing and hugging trees and get real. So it's noses to the grindstone, shoulders to the wheel and a massive effort to roll that heavy weight of a virus back into touch. I'm in. Are you?

Before Kay went on holiday recently to Yorkshire, she was very stressed. Apart from having worked over 18 weeks in a hospital Intensive Care ward during the first wave of the Covid pandemic; apart from having lived in a lonely hotel room all that time to protect me (as I mentioned in the last post); apart from the fact she was moving into a flat with her boyfriend (moving is stressful enough, so they say); apart from all that, she was being hounded over parking tickets.

The big chain hotel she was placed in by the NHS for over 3 months had a huge car park, as it is adjacent to an airport and, as a guest, she was entitled to park her car there. It was patrolled by a parking agency, whose wardens randomly tour around big car parks in the region, to make sure it was not being used by non-hotel guests. Back in March, nobody knew how long the pandemic was going to last, so the NHS paid for Kay's room a month at a time, initially for the whole of April. At the very end of April, the room was paid for by the NHS for another month until the end of May, but for some reason the hotel did not inform the parking agency of the renewal for May. Consequently, Kay was issued with two parking tickets for the 4th and 6th of May.  There was no telephone number on the parking fine notice to ring to speak to a human, only an automated number to make your payment. Any appeals had to be made by email.  She inquired at the hotel reception and was told this was always happening to their guests, not to worry, she should ignore the ticket and the hotel would sort it out. Frankly, she was relieved, as she was far too busy and stressed at work to have yet another worry. A couple of weeks went by and she got parking fine reminders. Again she went to the hotel reception and again was told the same thing.... to ignore the fine and the hotel would sort it. After a couple of weeks, a second batch of reminders arrived and, again, Kay was advised to ignore it, as this happened a lot to their hotel guests and the fines were never followed up. I must admit, by this stage, I felt it would have been a lot simpler for Kay to send the parking agency an email explaining that she was a resident at the hotel and that the hotel had failed to inform the agency of this. But Kay was busy at work, under a lot of stress and kept naively relying on the hotel's insistence that it would be sorted by them.

In the middle of July, another letter arrived, however, this time from bailiffs stating that, if she did not pay the two £170 fines within two weeks, she would be taken to court. Just the sort of thing you want when you are up to your eyes on a Covid ward with people dying left right and centre. The hotel insisted they had sent emails to the parking agency, but sent another, this time copied to Kay, and she meanwhile sent her own email appeal to the parking agency. She also rang the bailiffs, but they said their hands were tied and could only act on the parking agency's instructions. A very Kafkaesque situation indeed. It took a further three weeks, well into August, before the fines were eventually cancelled and a check with the bailiffs revealed the threat of court had been cancelled too. She could relax.

Except, a week later, she received another fine for parking in the hotel car park, this time for 7 May. The saga continued. She emailed a rather strongly-worded reply to the parking agency. At first their response was that they needed proof of her NHS ID. (Do they ask everyone for proof of their profession?) This latest fine has now been cancelled too. However, we await more.........

Out of the Cage

For the past five and a half months I have been living like a hermit.  At the onset of Covid, I was advised to shield by the NHS, because I have a lung condition called sarcoidosis. It was first diagnosed in me about 25 years ago - a persistent cough over a period of 6 weeks led me to a chest x-ray and a diagnosis. It can be quite serious, but my particular symptoms are quite minor and the most annoying one for me is an inability to control my thermostat, which in basic terms means I permanently overheat and wear T-shirts or throw off bed covers when it is snowing outside! The x-rays and CTs I have had over the years confirm my lungs are granulated, so in theory I am vulnerable to Covid.

The NHS wrote to me to say I should shield myself, avoid all contact with other people and would be able to get priority home deliveries from the supermarkets for groceries. Because of this, my doctor daughter, Kay, who has been working in a hospital Intensive Care ward and therefore right on the front line, moved out into a hotel at the height of the pandemic to protect me.

A few weeks ago, the NHS wrote to me again and said I could now go out, although I had to be careful and still observe two metre distancing and limit the numbers of people I mix with. To start with, I must confess I was quite wary. Four and a bit months shut up indoors with only the occasional solo walk in deserted streets made me feel quite funny when I was allowed out and almost terrified if another person brushed too close, particularly a jogger puffing and wheezing past. I felt as if I was in an alien world, even though it was a world I had hitherto known very well.

I had also been living entirely on my own, with no stimuli except for the occasional phone call and wall-to-wall TV. When a friend suggested, as lockdown eased, meeting up for a picnic in the park, my first reaction was to say no. She might as well have suggested we commit communal suicide. It felt very unnatural.

As the weeks have passed, I have gradually abandoned my terror of being struck down by an alien and have ventured out a little more.  At first to a small supermarket at the end of the day when the footfall was quite low. Then a picnic in the park with friends. Last week I reintroduced my weekly walk with a partially-disabled dog-walking friend, whom I take in my car to the park. Now I have made appointments with a hairdresser and the optician. Slowly but surely I am getting back to some kind of normal, although it still seems a bit unnatural and my hesitation is still the first immediate reaction.  I am however conscious that the next wave of Covid is just around the corner and I shall probably be plunged back soon into total isolation again, possibly till Christmas and beyond into 2021.

Until that happens, I am glad to be out of my cage, for however short a time that may be. 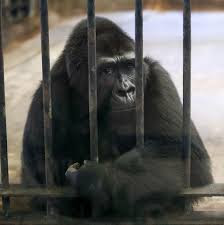