The words of the White Rabbit from Alice in Wonderland.  I feel my world has become just as crazy at the moment. A few weeks ago, I received a letter from my credit card company, Barclaycard, with a new card which was due. Also enclosed was a card for Greg, as the additional credit-card holder. I was a bit surprised as I had told them almost three years ago that he had died, but then I began to doubt whether I had told them, so sent them a letter, just to be on the safe side, saying he was dead and would they remove his name as the additional cardholder.
I've been away for a few days tending to my mother's house and  garden.  I got back yesterday to a pile of mail including one from Barclaycard. It was addressed to Greg.  In it it, they expressed their condolences at my death and referred to me as The Late Addy. A second letter pointed out that my credit card bill (which I clear every month, so I only owe for any expenses during the previous month) needed to be paid by the Late Addy's Estate.   They also said they would be cancelling the account in two weeks' time.


It seemed horrible seeing my name in black and white referred to as The Late Addy. As if someone had just walked over my grave. I have rung them this morning and the operator seemed so surprised to hear from me she asked me about ten security questions just to make sure it was me. By the time I had answered all questions correctly, she ventured that she knew what I was ringing about! I think it has now been sorted out and they are going to confirm it to me in writing that I am not dead. Until then, I can't be sure!

I'm glad to see that all the hard work and expense to date towards Kay's education is paying off. She texted me these two deep, meaningful poems last night, as I sat watching TV......

Let the train take the strain 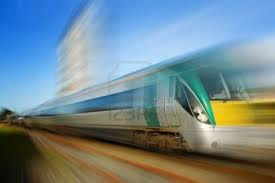 Back in the good old days, if you wanted to go somewhere in the UK by train, you walked into the station booking hall and you bought a ticket. Apart from the options of whether you wanted First Class or a seat reservation, the price was set.  You knew how much you needed to pay and what change you'd get for a sandwich. You could pick your train departure time at whim (unless you had a seat reservation on a specific train). Life was simple and uncomplicated.

Not so, nowadays.  The price varies for the same stretch of line by extortionate amounts depending on how close to departure you book it, whether it's at peak times, whether you want hifi access, just want a single fare or (for all I know) need to breathe in air on the journey.  You can even be charged the excess fare by the ticket conductor on board, should you decide to go on an earlier or later train than the one you originally bought if that attracts a higher fare. The variation in prices has always puzzled me, when I am selecting train tickets online, and last night's BBC2 fly on the wall looking at the railways confirmed the madness of it all, when a passenger at  London's Kings Cross asked for a return fare to Newcastle and was quoted £301. The look on his face said it all but he managed to stammer incredulously "I could fly there and back for less than that" to which the rather boring, no-nonsense booking clerk replied unhelpfully "your prerogative sir."  The booking clerk had just spent a few minutes talking to the camera about customer service and how to treat the public but had obviously not mastered the technique himself.  Another rail employee was even heard to say you could have a 5-star holiday abroad for the same price of some of the train fares. Given the number of times the train I have caught has left late or been held up late along the line, because some low-life has stolen the signal wiring, I could have probably nipped over to Greece and back by plane for the same money and in the same timescale!

The distance from A to B is constant, the train is going anyway, so why the difference in fares? Surely the nearer to departure you book, the more grateful the train company should be that the train is filling up and not travelling half empty, thereby making them more profit, so why clobber the passenger with a higher fare for booking late? I appreciate that it's all about the consumer having choice but who in their right mind would pay £301 for a return trip to Newcastle, if they can buy the same seat on the same train travelling the same stretch for a quarter of that price? Is it me or is it them?
Posted by ADDY at 16:00 7 comments:

The second day of February

The day of the operation arrived. I recall the Registrar (a youngish-looking woman in her mid-thirties) coming to see me at my bedside to get me to sign consent forms.  She told me she was going to be the one to do my operation, although the consultant would be in the adjoining theatre, if there were any problems, and she would try to do a bikini-line cut (going from left to right) rather than one going from north to south, although much depended on the location of said mass and its size.

The rest of that day was a blur. Obviously I was out of it for much of the time and only had snatches of consciousness back in the ward afterwards, as nurses came and poked and prodded or moistened my mouth or took my blood pressure.

The day after that the consultant visited my bedside. He was able to tell me that the mass removed by his Registrar measured 8 inches by 6 inches, roughly the size of a rugby ball, as if I needed to visualise it, but was thankfully a benign fibroid, as he had hoped it would be. He said he had never seen one so big in all his forty years of medicine. Trust me to produce a whopper!

Once I was over the worst Greg then broke the news to Kay about her granddad, as we had been anxious not to alarm her until I was up and running. Over the next week in hospital, I gradually went from horizontal to vertical taking a few faltering steps along the ward until by the end of the week I was able to move with more speed. Greg had already collected my mum, so she was living at home with us and stayed for a couple of weeks, seeing me back home again, before she returned to her home to prepare for the last-minute funeral arrangements. Three weeks after my operation, Greg drove us to my mother's house 60 miles away to be there for Dad's funeral, with a pillow stuffed between my healing scar and the seat belt!  And the rest, as they say, is history.

All that was 12 years ago. The Registrar made a grand job of the scar, doing a left to right bikini line cut in a natural crease of skin. You cannot even see it now. The red line eventually went white and has now completely faded. However, the scar etched on my brain is still very much there.