Yesterday I went off to do some serious Christmas shopping. After a while I began to flag so called into a High Street chain coffee house to perk up a bit and stress over how much money I had spent rest my weary legs. I got a window seat and engaged in one of my favourite pastimes..... people-watching. I challenged the theory that one in four people are obese and found it to be quite true. No wonder we are facing a diabetes epidemic. Hips as wide as barn doors staggering along pushing prams or hobbling along on sticks. How do people get to that stage without realising they are extremely overweight? I confess that in the last few years I have become a stone overweight, but  do make serious attempts to bring it back to a normal healthy weight, as anything more than stone is more difficult to shift. But how do you pile on the multiple stones without noticing enough is enough?

While I was people-watching, a blind lady came past the window on her own. She had one of those sticks with a rubber ball on the end that she swept back and forth in front of her to detect obstacles. Suddenly she was confronted with an obstacle - an approaching pair of feet.  They were about to kick her stick up in the air, when they realised and averted an accident.  The approaching pair of feet belonged to someone with their nose stuck so much in their mobile phone that they were oblivious to any obstacles in front of them. Just who was the blind one in that situation?
Posted by ADDY at 09:50 5 comments: 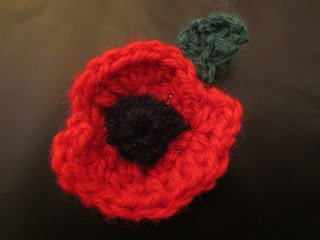 On Remembrance Sunday I watched a TV interview with a woman about her husband who had fought and died in Afghanistan three years ago. He had left behind a young widow and two very young sons. She was saying how she has good days and bad days; that she wishes he were still here to grow old with her and see the changes in her sons as they grow older. She was later shown walking proudly with all the veterans past the Cenotaph in Whitehall.

It got me thinking.

My husband died in a different battle. Not one against other human beings but against a much more subtle enemy.  Alcohol.  A different enemy but the same outcome. He's not here to see my daughter grow up and develop into a clever young doctor, to walk her down the aisle, see her married or have grandchildren. He's not here to experience a thousand news stories that his own thoughts had shaped in the past - not Brexit, the rise of the Trump, or the countless things that will happen to us all in the future. He's not here to grow old with me.

At least the fallen soldiers are remembered in a way their families can feel proud. For those families who have been devastated by an alcoholic enemy, there is no such redress. In fact most of us carry the burden, the shame and the guilt of having been somehow responsible, even if that is not true. For us, no medal to polish. Not even some foreign field that is forever England.

Democracy and the Future

(in bridge, whist, and similar card games) a playing card of the suit chosen to rank above the others, which can win a trick where a card of a different suit has been led.


Cripes, fissogs, bletherin' barndoors (or fill in your own expletive).

I expect you and a few billion people are recovering from the results of yesterday's US presidential elections. My daughter having just clocked off from a singularly quiet night shift in A&E rang me at 7.30am to tell me the shocking news. She'd been up all night watching the election results coverage on the A&E news feed, given that there were few patients to tend to.

First Brexit, now the US presidential elections. The whole world is in outrage, turmoil and, without being overly dramatic, a tad fearful of what the future brings.What with Russia recently posturing with a dilapidated aircraft carrier sailing close to the Straits of Dover, not to mention threatening to reclaim old USSR states and doing its worst in Syria, it could be World War One and Two all over again.

It occurs to me that the problem with Brexit and with the US elections is that democracy is failing to provide the ideal answer (and by that I don't mean the "right" answer). I've long thought that, whilst in theory democracy is by far the better pattern to follow, it still does not deliver the ideal solution. How many times have you and millions of others voted for a political party but failed to see it in government? Either that party has lost in your constituency or it has won in your constituency but  failed to win every other constituency. For example, 60% of the electorate as individuals might have voted Labour, but a Conservative government was elected  because the majority of constituency wins were Conservative.

Brexit is another good example. The referendum vote was 52:48 and many Remainers have been quick to point out that this was such a close call as to render the result meaningless. But if it had been done on a constituency basis, the outcome might have been different. By that I mean, supposing each constituency had a 52:48 outcome, then there would have been a 100% vote for Brexit. Who is to say that in a general election, if we had a referendum rather than a constituency vote, one party would have an overwhelming majority over the other, when it might have been the opposite with a constituency system.  So too in the US.... if all the individual votes were added up, would it amount to Clinton winning?

Of course, you need an opposition to make things balanced and fair, so the old idea of proportional representation seems to me to be a far fairer system and why it has never been accepted here in the UK  I don't know, although the Liberals did try. That way the votes of the entire country would be added up to find the overwhelming majority to take power and then the individual constituency results would be taken into account too to make sure that each constituency was also fairly represented locally and in Parliament.

Meanwhile, as the Chinese say, we live in interesting times. Just how interesting, only time will tell, but please let it be peaceful and not come to war.
Posted by ADDY at 12:10 6 comments: