Today is Kay's last day of her third year at medical school and she's halfway to becoming a doctor. It's a five-year course but she has opted to do what a lot of medical schools offer and take a year out doing intercalation.  (Bristol sums up intercalation thus - although Kay is not at Bristol, but it is pretty much the same all over the country.) It is basically a year out in the middle of a medical or dental degree to study another (relevant to medicine) subject to BSc degree level, get a paper published, a BSc degree in one year and acquire brownie points which will help when eventually seeking a job.  She'll continue with year 4 of Medicine at the end of the intercalated year. This means she has a six-year slog altogether and is thus now halfway through. 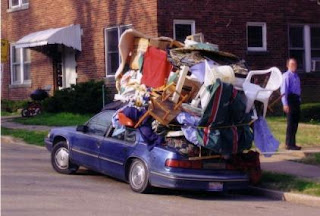 picture courtesy of "Ask a Dropout"

She is also moving house this weekend. Up to now she has shared with 4 other medics but some are moving into their own (parent-bought) flats* as they are sick of student accommodation, one is moving in with a boyfriend, and Kay and another are moving out to another student house share. They all have to move out of their old house by 30 June but cannot move in to the new house until 1 July which means she is homeless for 24 hours. She has solved the problem by arranging to move her stuff (including some small furniture) into a friend's new flat* for 24 hours until she can move into the new house, but I questioned what others would do if they did not have a friend's flat to move into and that the agents should relent and let her move in a day earlier to avoid complication (the new house is already empty so that wouldn't have been a problem). Kay's reply was that there are thousands in the same boat this weekend, so expect to see a lot of young people wandering around with their homes on their back on Saturday night!
Posted by ADDY at 11:07 5 comments:

I had to pop along to Soho this morning and went via Oxford Street and Regent Street. What with all the fervour of the Queen's Diamond Jubilee, the European 2012 football and the forthoming London Olympic Games, THIS is what I call bunting! 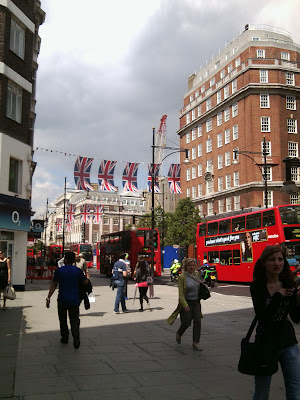 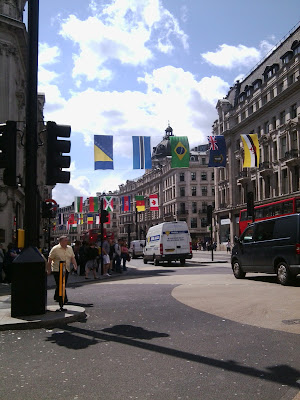 Another one bites the dust

Yesterday I took Snoopy for an early-morning walk around the block and on my way back along the main road I saw an elderly neighbour and his wife walking very slowly arm in arm towards me on the other side of the road. Because of the wide road and traffic between us, no words were exchanged, but we waved at each other (although the wife stared fixedly at the ground) and he did a thumbs-down sign at me. My heart sank. Their grown-up daughter is an alcoholic, has been in and out of hospital like Greg. Last week she was given days to live. Her liver and kidneys had failed and her heart was labouring. She was on life-support. I deduce the thumbs-down sign meant she had lost her battle. She leaves an 18-year-old son to fend for himself. Alcohol has claimed yet another victim. Such a bloody awful disease. Such a bloody awful shame.
Posted by ADDY at 10:35 8 comments: 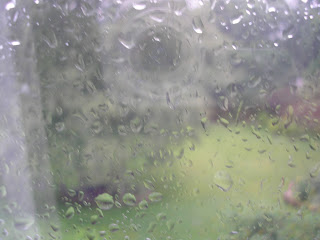 It's June, ten days to Midsummer's Day to be precise, and I've just put the central heating on again!!!  Oh to be in England.
Posted by ADDY at 16:52 10 comments:

Long to reign over us 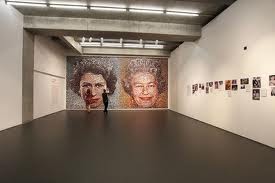 I couldn't let this weekend go by without wishing Her Majesty happy 60th Jubilee celebrations. To all those anti-monarchists out there - go suck a lemon! Would you rather have a Mubarek or a Gadaffi?  A Hitler perhaps or a Pol Pot? Good luck to you with your dreams, but I'm happy with the smiling, never-complaining, good-to-her-subjects Queen we have. Have a good day ma'am, even if your reign is somewhat marred by the rain.
Posted by ADDY at 11:32 3 comments: